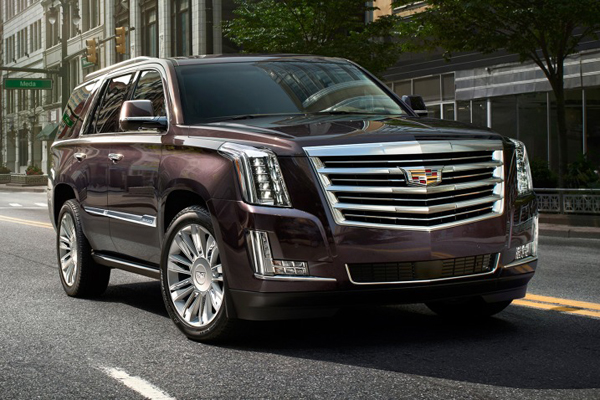 The Cadillac Escalade remains unchanged for 2016 after the redesign previous year. The CUE infotainment system has improved features and also has Apple connectivity with the CarPlay. Meanwhile, an innovative Lane Keep Assist function as well as many new exterior colors are also incredible for 2016. The 2016 Cadillac Escalade gets a few upgrades such as an enhanced infotainment system, and a front view camera. The exterior of the 2016 model remains the same as the 2015 model, meaning it is still blockier and exceedingly attractive. As a full size luxury SUV, the 2016 Cadillac Escalade is available in four trim levels.

The design of Escalade offers a signature look of elegance, quality, and capacity. The styling cues combine high-technology embellishments and sculpted surfaces to offer Escalade a sole and stand-out appearance. Dynamic front styling cues are improved by a very detailed Galvano chrome grille which has a unique, and nearly brushed appearance. It’s accented by full LED lighting in the rear and front which creates unique, and razor-like vertical light signatures. The vehicle can accommodate up to 7 passengers. Standard features for the base Escalade include 20 inch wheels. 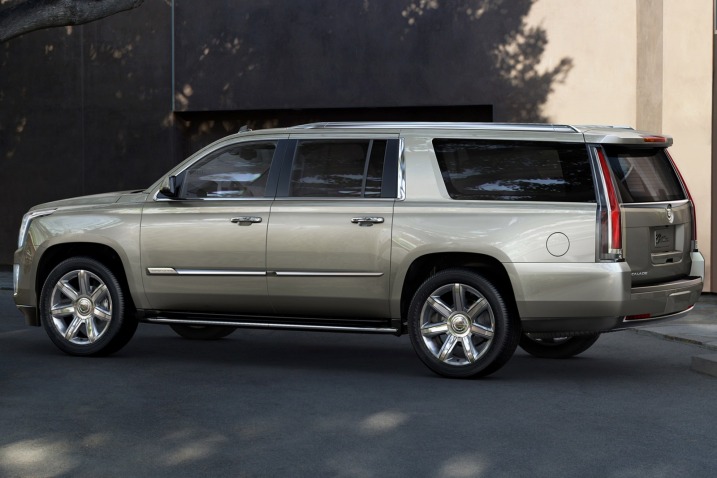 Craftsmanship outlines the passenger space of the Escalade that’s designed to be among the most luxurious and authentic cabins of the industry – with seamless technology integration for present-day connected luxury customers. Also, like the exterior parts, there is harmony with other vehicles of Cadillac in the cabin’s amenities, appearance, and controls. As standard, leather upholstery and a heater power steering wheel come in all models.

Technology is fundamental to the driving experience of Escalade, and the Cadillac User Experience (CUE) is therefore standard. It’s an improved system for control and connectivity, even featuring superior voice recognition with the touch controls popular with all mobile and tablets devices. The 8-inch center screen uses gesture recognition and capacitive touch technology, enabling swiping and tapping common to tablets and smartphones.  Other features include surround view camera, 16 speaker Bose audio system, navigation panel and a customizable instrument panel.

All Escalades boast a 6.2L V8 engine. With direct injection, an aluminum block and heads, variable-valve timing, this is a huge V8, but an exhaustively modern one. The engine makes 460 pound-feet of torque and 420HP, and thanks to the Active Fuel Management system that’ll run the engine on 4 of its cylinders during some lower-speed cruising conditions or coasting, it returns EPA ratings of nearly 15 mpg city, 21 highway. 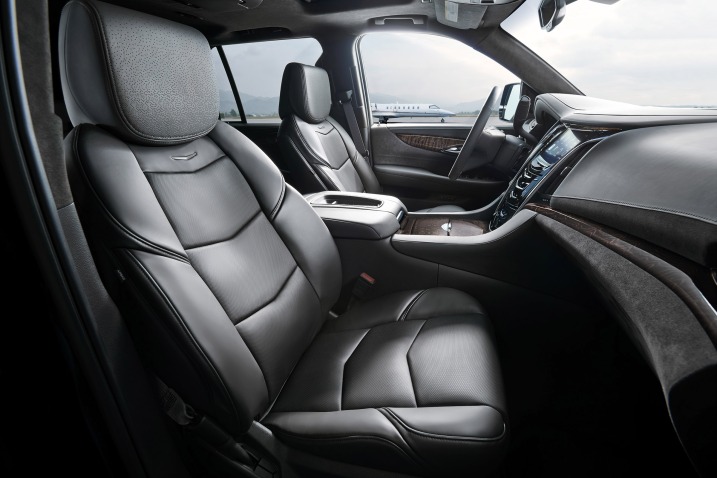 Technologies of Escalade include active safety features to protect all occupants before, during and even after a collision, like rear and front automatic braking that depends on ultrasonic sensors and short-range radar technology to assist the driver to evade front and rear low-speed collisions through a progression of alerts which extend to full braking if needed.