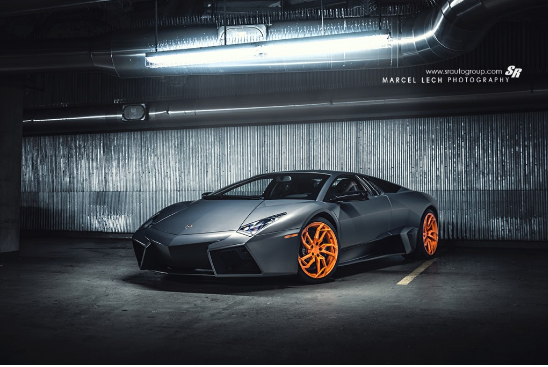 Debuted at the 2007 Franfurt Motor Show, the Lamborghini Reventon was the most expensive car ever produced by Lamborghini. That was until the Sesto Elemento was released that is. The supercar costs $1.5 million to produce, and only 20 Reventons were built for public sale! Each one comes with its production number stamped between the driver’s seat and the gearbox. 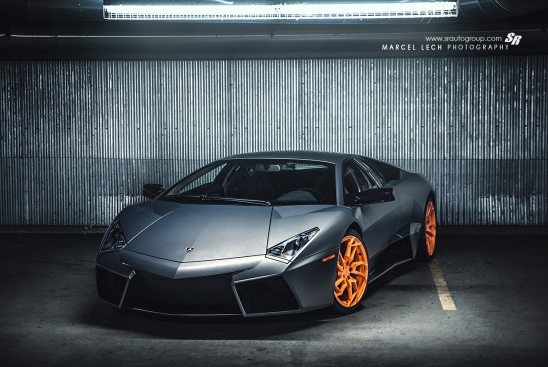 With its grey paint job, and “bat-mobile” like design, the Reventon is spectacular in its own right. This car is guaranteed to draw looks from everyone you speed past – with only 20 in the world the likelihood of anyone having seen one is pretty slim. What makes it even better? Custom wheels of course. 19″ PUR PS05s in an egoist orange finish really pop off this beauty and add that little pop of color needed to become the ultimate supercar. 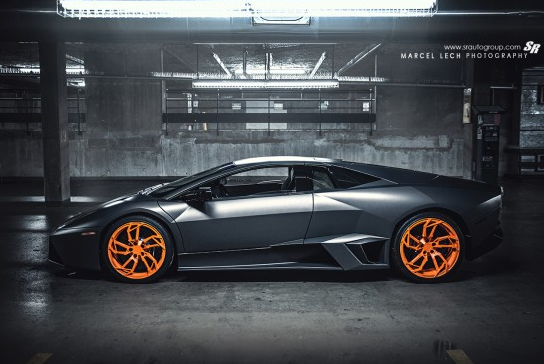 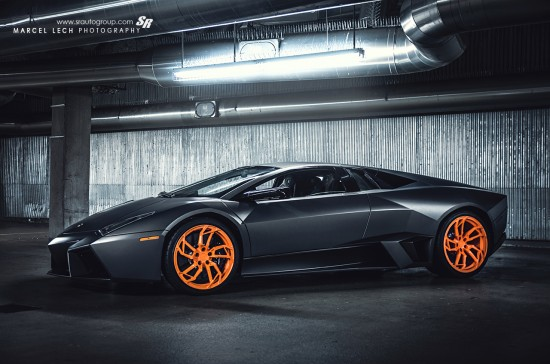 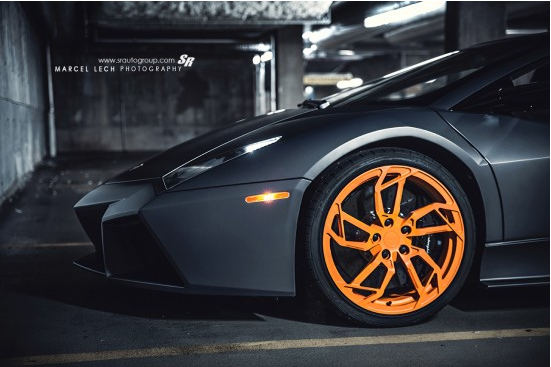 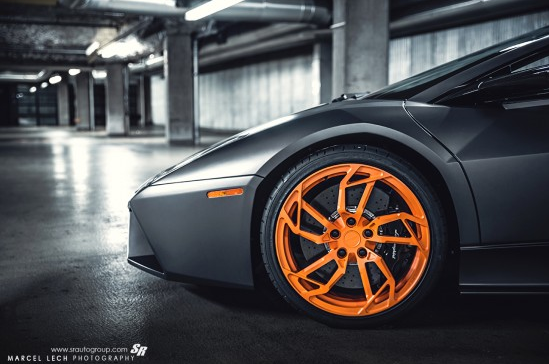 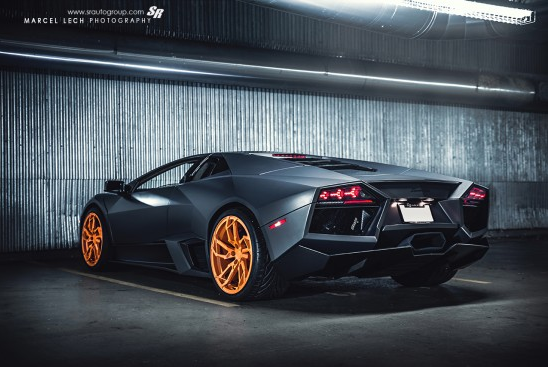 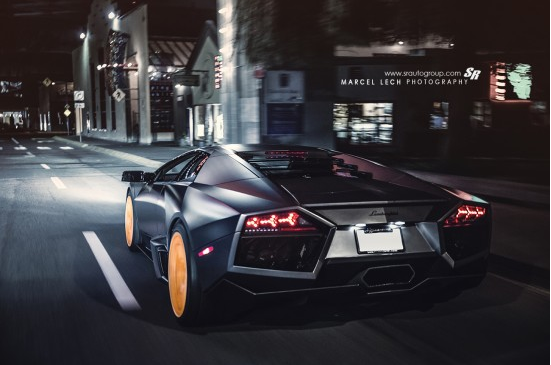