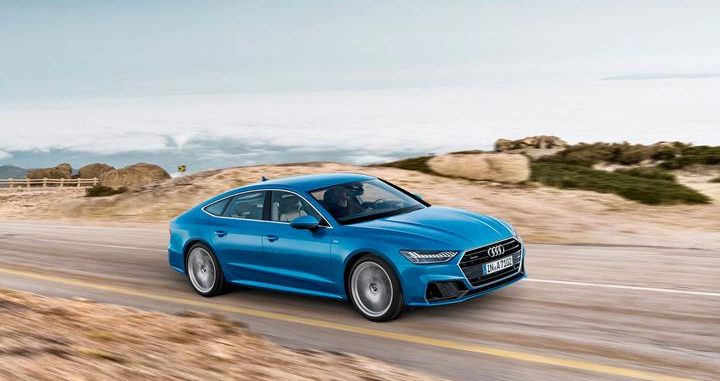 Since its introduction approximately 8 years earlier, the Audi A7 has been shamefully imitated by automobile giants such as BMW, Kia, and not to mention Buick. Even the A7 has been shrunk by the company into a more compact model known as the A5 Sportback. A 2nd generation A7 has been launched right now, which has drawn the attention of numerous car enthusiasts across the globe. This astounding 2019 Audi A7 is known for several innovative features, including a classy interior as well as a more improved and efficient powertrain.

The exterior of this particular model is almost identical to that of the previous generation, although there has been a dramatic change in everything underneath the skin. The lower and wider version of the manufacturer’s Singleframe grille at the front has added significant visual width to the vehicle which was absent in the earlier version. The wheels range to as large as 21 inches, and there are 8 innovative paint colors as well. The vehicle also boasts of more aggressive air inlets as compared to the previous model. When it comes to the interior, there has been a remarkable upgrade in the technology and appearance if this model. Everything is controlled by a couple of high-resolution displays. The earlier rotary dial and buttons are no longer there and all inputs are now working through touchscreens. The innovative 12.3-inch virtual cockpit display within the instrument panel deserves special mention. Although there is sufficient space for 5 passengers, the manufacturer claims that there is adequate cargo space at the rear as well.

The breathtaking A7 likewise includes safety features including Remote Garage Pilot plus the cutting-edge Audi AI Remote Parking Pilot. It is possible for the car to easily maneuver within a small space while drivers control it from the outside using the company’s smartphone app. The 2019 Audi A7 will include only one 340 HP, turbocharged 3.0 L V-6 engine which is capable of producing 370 pounds-feet of torque. Moreover, the car also boasts of a 7-speed automatic all-wheel drive. Another significant introduction to this model is light hybridization. Also, the start-stop operation has been expanded while the entire system operates with a forward-facing camera to detect when the car in front starts to move. Four different suspensions are available for the shoppers to choose from.