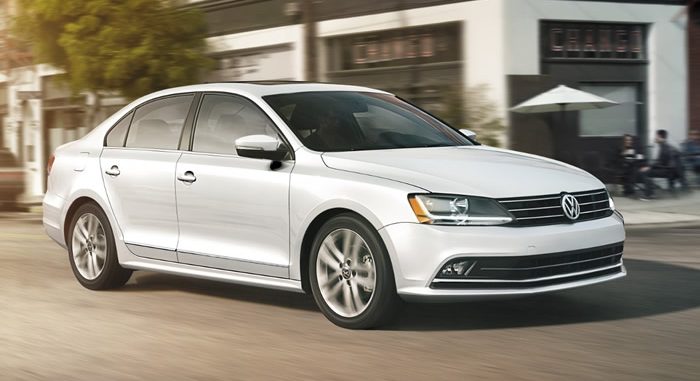 The lineup has been condensed into 4 major trim levels, each with substantially more standard equipment than the previous year.

The upcoming 2017 VW Jetta features a number of exterior changes thus much of the previous exterior appearance are going to be retained. But, there are some substantial exterior upgrades which are going to change the outlook in a certain way. From the stylistic point of view, the 2017 Volkswagen’s Jetta interior remains the same. It was pointless to update the inside and change the design too much as the setup was already very good and could hold its own for a few more years.

A new MIB 2 infotainment system is the most valued change here keyless access with the automatic post-collision braking system and push button start are also useful, one for convenience and the other for the safety of a driver specifically when we add that we also get the rearview camera option also.

The Jetta is available with Android Auto and Apple CarPlay that include voice-controlled text messaging, apps such as Spotify, Podcasts, and Pandora, and even the navigation capabilities of your phone.

A base 1.4L turbo-four is available in SE and S trims and produces 150 horsepower and 184 pound-feet of torque. It returns 28 mpg in the city and a remarkable 40 mpg on the highway when controlled with a 5-speed manual transmission. Standard safety features include an electronic stability control and hydraulic brake assist too. There are also a full complement of front, and side-impact airbags.