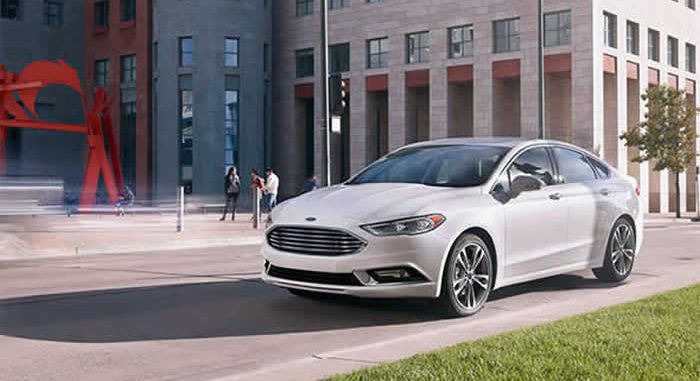 The Ford Fusion gets a variety of upgrades for 2017. Among them are the ultra-luxe Platinum trim level, new Sync 3 infotainment system, a powerful engine in the new V6 Sports model and also refined front-end styling.

There are minor styling changes made on the 2017 Fusion. Already one of the more striking models in its segment, Ford is wise to stick with a successful design recipe.

Two new trim levels debut for 2017. The Fusion is a luxurious car featuring a dark gray grille and also polished 19″ aluminum wheels. According to Ford, the Fusion Sport is a “performance sedan” identified by the larger air intakes, blacked-out mesh grille, and a rear spoiler too. 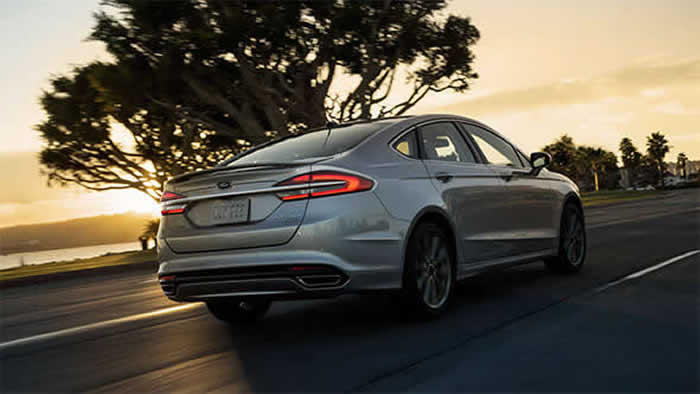 The 2017 Fusion keeps the knobs and buttons which were added for the climate controls and stereo for 2016. However, a new transmission shift-dial replaces the former selector lever. The new Platinum trim level also equips the Fusion with the premium leather, including four door panels and the steering wheel.

Ford continues to provide new safety systems for the Fusion, including the forward-collision warning system. For 2017, it gains new pedestrian-detection capability, but not an automatic emergency braking system which is what it really needs.