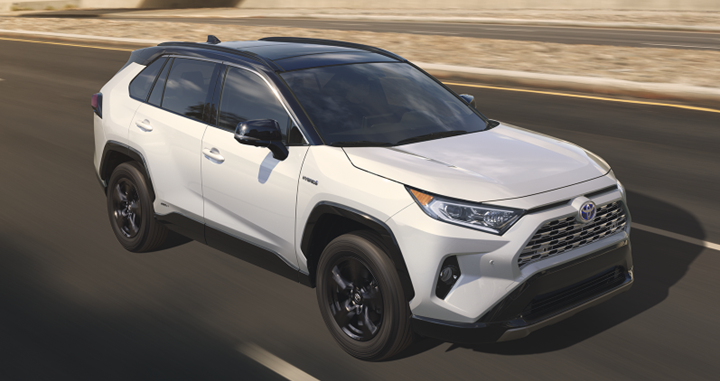 Toyota is back and it’s back with a bang. Its latest launch, the 2019 Toyota RAV4 is taller, sharper, and more aggressive in design. The first impressions of this SUV will tell you how Beauty meets the Beast. This will come in four different models with their main components similar to one another.

The sixth generation of RAV4, which is a successor to the previous model that proved to be Toyota’s best selling car, has many major improvements this year. It sports sleek LED lights and a chrome finish grill that is enough to intimidate its rivals. The wheels range from 17 inches to 19 inches with a chrome finish. There is cladding on its fenders, giving it a more masculine appearance. Its ground clearance has also been increased by an inch. Toyota has given attention to details by adding dual exhausts and a silver satin line in the rear. 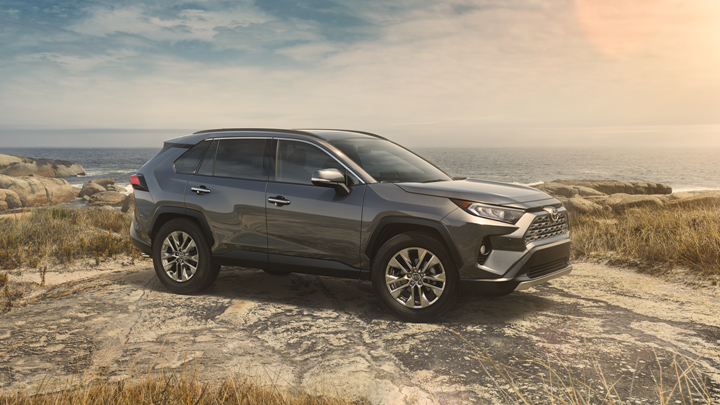 The first look of the interior shows how meticulously it is engineered. With a smooth finish to all the components, the infotainment screen takes its crown just beside the steering wheel. The 2019 Toyota Rav4 is more spacious and comes with more legroom than its predecessor. And of course, the massive trunk is more than anyone could ask for.

The safety features in the 2019 Toyota Rav4 are standard to the ones included in the Toyota Safety Sense 2.0. A few added features are the Lane Tracing assistant (LTA) and the Road Signs Assistant (RSA). While the LTA keeps the car in lane automatically, the RSA analyzes and identifies board signs like “stop” and works accordingly. 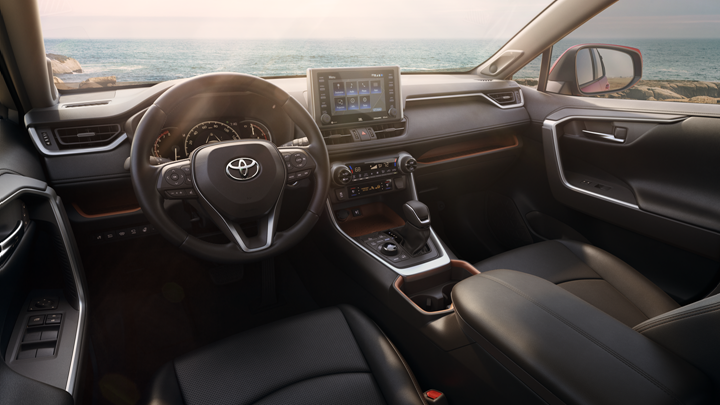 The new entrant in Toyota’s technological aid is the Apple Car Play that has a very user-friendly interface, unlike Toyota’s own interface. Other features are the JBL surround sound system and the newly updated Entune 3.0 multimedia system.

Under the hood, this one will always have that extra energy whenever and wherever needed. Its engine comes in two options; the 2019 Toyota Rav4 has a 2.5 L four-cylinder engine with 8-speed direct shift automatic transmission and a 2.5 L four-cylinder Electrically Controlled Continuously Variable Transmission (eCVT) engine. Toyota has not revealed the exact specifications about torque or energy yet but it will produce more than 200 hp for sure. With all this and much more, Toyota has laid all its cards on the table this time.