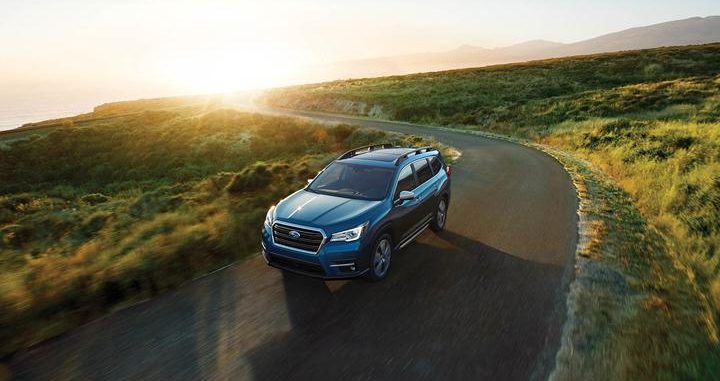 2019 Subaru Ascent is the company’s strongest product in the SUV niche. Subaru has often fallen short in this line relying on strong saloon-car sales but a breakthrough has been made. The Ascent is available in eight colours currently and can seat up to eight people divided between its three rows of seats.

The Ascent has 18-inch alloy wheels and sits at a height of 4 levels depending on the make. In increasing order, the makes go from Base to Premium to Limited to Touring. It also has LED headlights with steer responsive technology. The interior of the vehicle is 86.5 cubic feet, making it one of the largest vehicles on the market. This is why it seats eight passengers without a struggle and still has trunk space. The 2019 Subaru Ascent has an 8-inch wide navigation screen at the front, which can be integrated with Apple Car Play, Android, Pandora, and several other navigation apps available on the market.

There are several cupholders inside the vehicle and an automatic sunroof on top. The two back row seats can be taken down to increase trunk space. However, even without lowering the back seats, there is plenty of trunk space. Ivory leather is typically used for the upholstery but there are other colour options available as well.

Being a family car, the Ascent has plenty of safety features. The eyesight safety feature includes pre-collision sensors and braking capabilities. Cruise control and Sway Warning have also been included as well as lane departure warning features and blind spot indicators for the side mirrors. The 2019 Subaru Ascent has several USB ports inside but the number varies with the make. All of the makes feature a front degree camera with a 180-degree view. The side mirrors, steering, and temperature of the seats can be adjusted. It also has a rearview camera that can be activated with the smart rearview mirror. For entertainment, the 2019 Subaru Ascent has a surround system with 14 speakers.