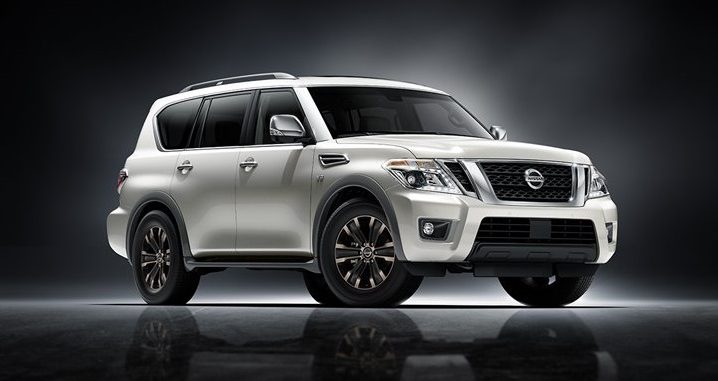 Around since 2004, the Armada was due a redesign and at the Chicago Car Show this year, the brand new 2017 Nissan Armada was unveiled! The new design is based on the global Patrol SUV – which is currently known as the Infiniti QX80. The new design branches out a bit and seeing as it’s been over a year since there was a new Armada on the market, it seems buyers are excited!

The overall length has increased by 1.2 inches and is 2.2 inches lower than the 2015 model. Boomerang shaped headlamps, LED tail lamps, Nissan’s signature V-motion grille, and a two-tone paint effect give the Armada an especially bold, fresh look. There is plenty of chrome too; the side mirrors, the door handles, and the windows are all chrome furthermore the trim around the car is also chrome. 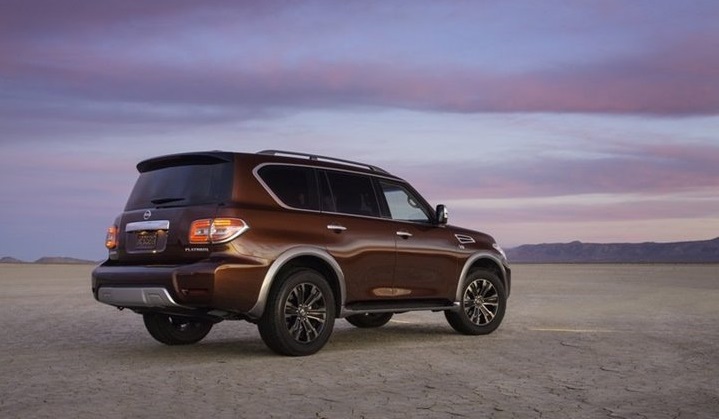 With 3 different grades the basic Armada model comes with cloth-upholstered seats: while they come heated as standard by upgrading to the SL trim you can get leather covered seating. With 3 rows, and seating for 8 passengers, the Armada is a great choice for big families. It’s been awarded best in class for headroom in the 2nd row, and has 60/40 split folding rear seats.

In terms of audio and entertainment, the SV and SL models do not differ in their standard technology features; they both have 13 speakers, Bose audio system, and Sirius XM Satellite Radio to make up the audio system. There are connections for USB and auxiliary inputs and you can access all of these through steering wheel mounted controls.

Every version of the Armada is set to come with a powerful 5.6L Endurance V8 engine and while this is the same as its predecessor, the horsepower has gone under reconstruction. Due to the powerful 390 horsepower the 2017 Armada is the best in its class for maximum horsepower. The 4 wheel drive automatically adapts to changing road conditions; the 4 WD kicks in for improved traction and switches back to 2 WD to save on fuel. The fuel efficiency rating for the new model has been increased from 13/19 in 2015 to 14/ City, 20/ Highway in 2017. A combined MPG rating of 17. 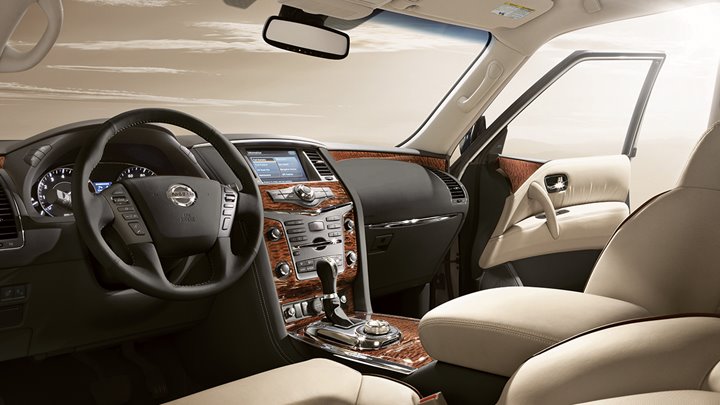 Standard in the 2017 Armada are the Nissan advanced air bag system, vehicle dynamic control, and active brake limited slip. The LATCH system, and high strength side-door guard beams are also standard. Unfortunately for those on a budget, to avail of extra safety features you’ll have to upgrade to the SL version.