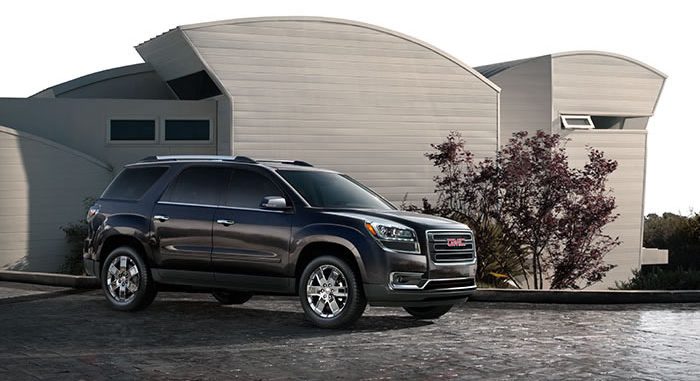 The 2017 GMC Acadia is very different from its predecessor in that it’s both shorter and lighter. GMC have decided to go against the pre-dominant trend of creating bigger and bigger SUVs. Using high-quality steel throughout, GMC have managed to reduce the weight by 700lbs. It also sees a change in terms of seat-layout as the old version featured an 8-person capacity spread over three rows, and the new version will be available with two rows for five people, or three rows for 6 or 7 passengers depending on preference.

The exterior features a chrome grille that is flanked either side by headlights that wrap around to either side of the car. It has wrap-around windows in the rear with dark D-pillars for a full wrap-around effect. All models except the Denali ride on 18” alloys. 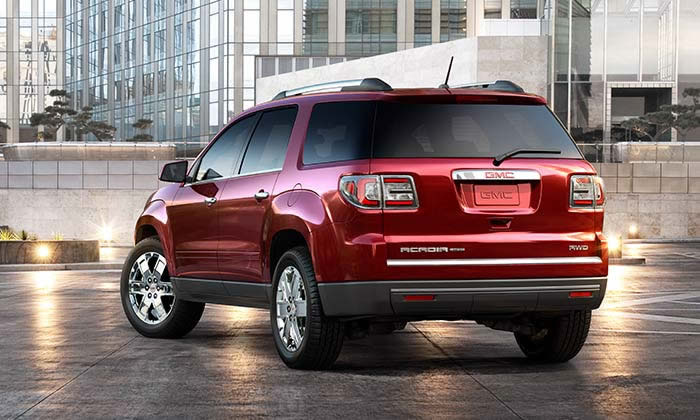 The second row of seats has a folding capability combined with a forward sliding capability which allows for easy access to the rear row. The rear row can also be folded to allow for an increase in cargo space from 13 to 42 cubic feet. There is tighter and more precise electrically assisted steering also installed.

In terms of technology the Acadia has the Android Auto and Apple CarPlay systems integrated in its GMC IntelliLink system, which in turn is connected with the OnStar 4G Wi-Fi hotspot. The Acadia also comes standard with USB ports on all three rows.

The 2017 Acadia has two different drive train options: AWD and FWD with the engine coming in two different sizes. The smaller 2.5L inline 4 produces 194 hp. The option of a 3.6l V6 engine ($1000 extra) will give you 18/city 25/highway MPG ratings. The bigger engine is more equipped for the weight of the Acadia but is definitely not a necessity. The smaller engine has a fuel efficiency in of 22/ city and 28/ highway MPG and a horsepower of 193. 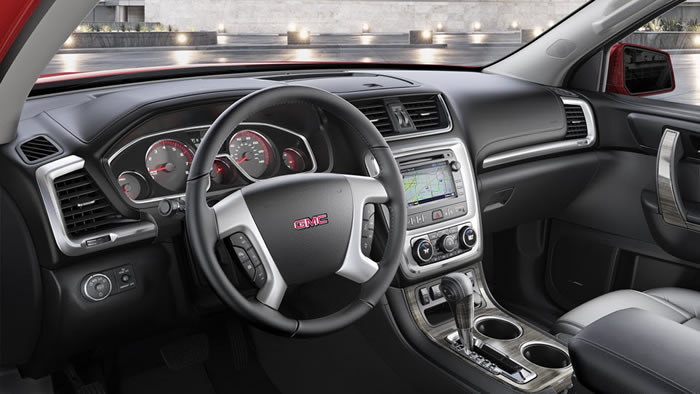 In terms of safety the Acadia has a surround vision camera system, a following distance indicator, and automatic headlights. There is also a Safety Alert Seat (which alerts the driver if anything has been left on one of the rear seats). You can add on the safety tech package that features lane keep assist, lane departure warning, blind spot alert, parking assists and a forward collision warning system too.