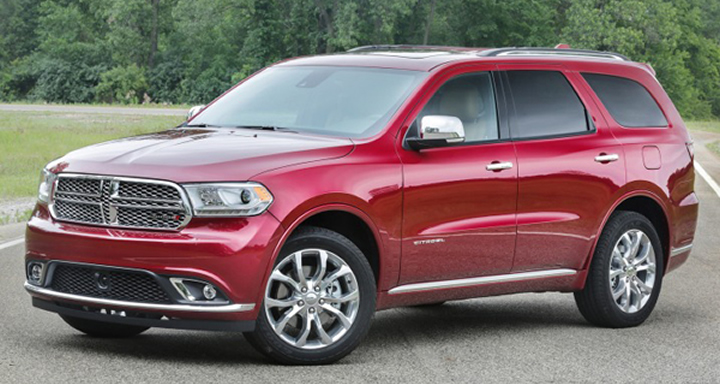 The 2016 Dodge Durango comes in 4 trims: the Limited, the base SXT, the flagship Citadel, and the sport-oriented R/T. There is also an SXT Plus sub-trim which features an attractive Ralley Appearance Package. All trims come with standard rear-wheel drive (RWD), but each stays eligible for all-wheel drive (AWD).

The standard exterior features of 2016 Durango include 18 or 20″ wheels (each with updated styling). The Durango also comes with an auto-dimming side exterior driver mirror, a roof rack, chrome-tipped exhaust pipes, and a power rear liftgate. 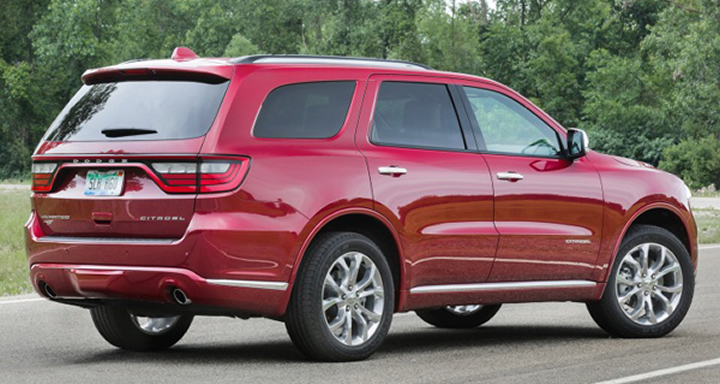 Standard features in 2016 Durango model include a 6-speaker audio system, tri-zone automatic climate control, USB port, and Bluetooth. The Uconnect infotainment system is matched with a five” touchscreen. Available features include a 10-speaker Beats audio system, a rearview camera, and navigation. The Uconnect system can optionally come with an 8.4″ touchscreen and a dual-screen rear-seat Blu-ray entertainment system.

Technology in the 2016 Durango includes the basic Bluetooth-interfaced Uconnect infotainment with a five-inch display in the lower trims while upper trims have standard Uconnect 8.4 with extra features such Bluetooth streaming audio, an SD card slot, an 8.4-inch touchscreen, and, on a Citadel trim, the standard GPS navigation. The entry-level SXT to provide an FM / AM stereo with six speakers and the auxiliary audio input, while the Limited adds ordinary satellite radio, internet radio, and HD Radio, to the mix. The Citadel trims and R/T add the standard 500-watt audio system has nine premium speakers.

R/T of the 2016 Durango is driven by a standard 5.7-liter Hemi V8 which again combines with an eight-speed transferrable automatic to deliver 390 lb-ft of torque and360 HP, with the EPA estimates still at 14/22/16 in AWD trims and14/23/17 in RWD versions. Also, the V8 is readily available on the rest of a Durango lineup, and its towing capability tops out at 7400 pounds