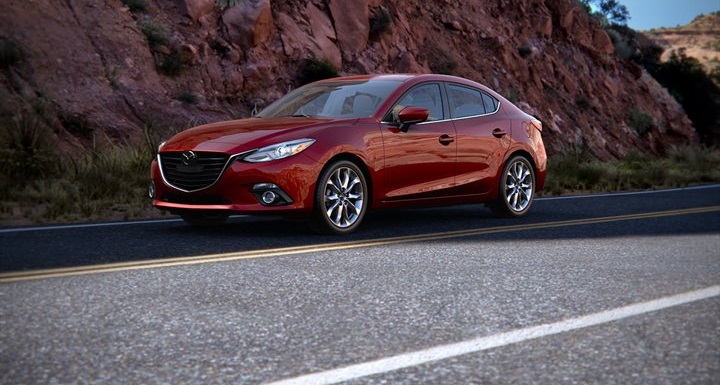 A rearview camera is standard on each Mazda3. The vehicle boasts a width of 70.7 in. and a height of 57.3 in. as well as the least ground clearance (laden) is 6.1 in. The Mazda3 has daytime running lights, halogen headlights, rear window antenna (integrated), beltline trim (black), dual power side mirrors (body-colored), intermittent windshield wipers (variable), and 16-inch wheels. The car has attractive and svelte proportions. It also boasts a five-point grille which integrates into thin, slanted, and swept-back headlights. Mazda3 features a sweeping shoulder line. The roofline is more slanted. The entire exterior appearance of Mazda3 offers it a sports car look. 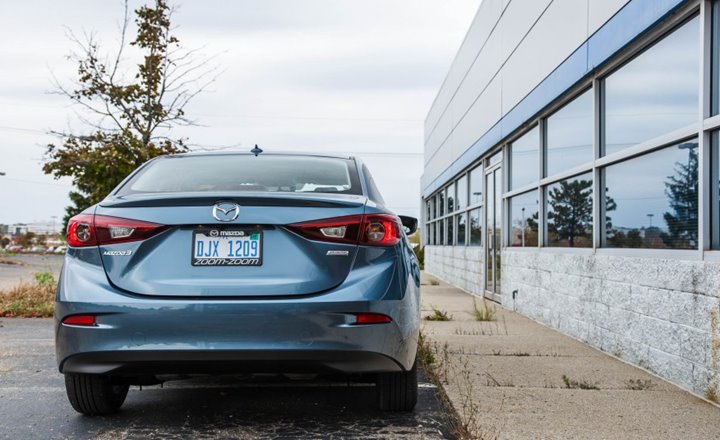