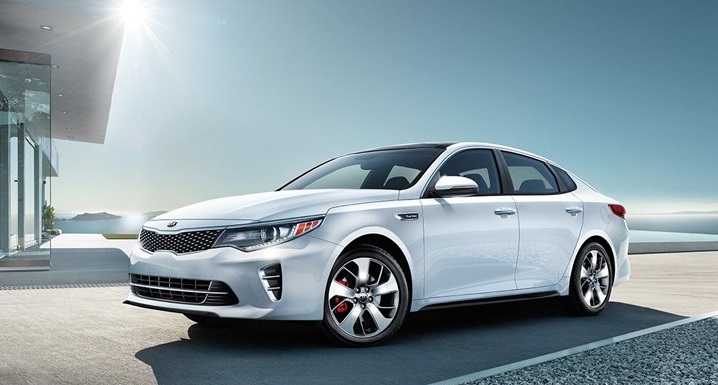 The 2016 KIA Optima is available in four trim levels, the LX, SX, EX and the SLX trim levels. The LX has been engineered with 16 inch alloy wheels. The Convenience package is optional for the LX trim level and features power folding heated mirrors, an auto dimming rear view mirror and an eight-way power driver seat. A Technology package is available for the LX 1.6T trim level and features laminated front door windows, driver memory setting and an auto dimming rear-view camera.