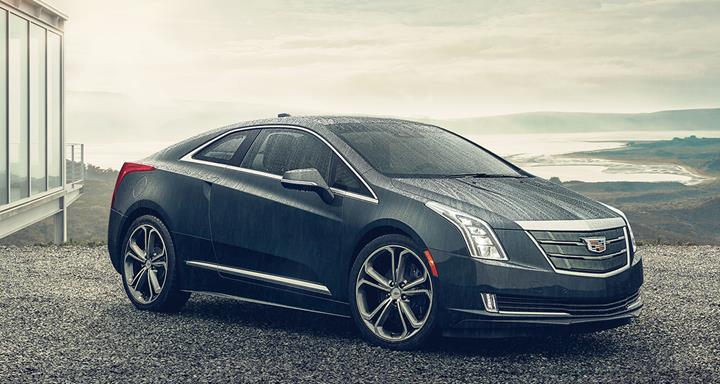 The 2016 Cadillac ELR is a big jump from its predecessor, the 2014 ELR (since there was no 2015 model). There has been a substantial cut in the base MSRP, sportier suspension settings, a decent jump in horsepower and torque, a standard set of driver assistance technologies, upgraded brakes, a wireless battery pack charging capacity, moderately tweaked badge and grille design, and an optional Performance Pack.

Aesthetically, not much has changed on the 2016 ELR. It’s still incredibly attractive with a tight, and cohesive-looking exterior which leans forward with a great presence. The rear-end rises with short overhangs from front to back, and there are chrome details around the windows and flanks. The front-end is pointed and also sharp while the taillight and headlight shapes tie it together. All things taken into account, you would be hard-pressed to dislike the way the ELR looks.

The real primary difference for 2016 model is in the front grille, where the Cadillac dropped the vertical slats found on the old model and fixed a simpler, and squared-off crest, free of the circular surround.

The 2016 ELR is the epitome of detailing and attention. The interior is more than the luxury you might expect to come with the price tag. There are 20-way comfort front seats that can also come available in premium leather. You can choose from three interior themes from cashmere to black, to a deep tan. You can also set the mood in the cabin with ambient lighting and no matter the weather, your hands will be kept warm with the heated steering wheel.

The 2016 ELR is driven by a 1.4L 4-cylinder gas engine and 2 electric motors that reach 233HP. The gas engine acts as the generator for the electric motors that send power to the front wheels. The ELR has 4 driving modes which change suspension settings and throttle response: Tour, Mountain, Sport, and Hold. The ELR receives a combined 85 MPG in EV mode and 32 MPG combined when using gas power. Those are great fuel economy estimates – more than most upscale midsize cars score in the class get. Standard safety features include stability and traction control, and antilock brakes. There are front knee airbags, front-seat side-impact airbags, and also full-length side curtain airbags. A rearview camera, front and rear parking sensors, blind-spot monitoring, a lane-departure warning system and a frontal collision warning system all come as standard too.