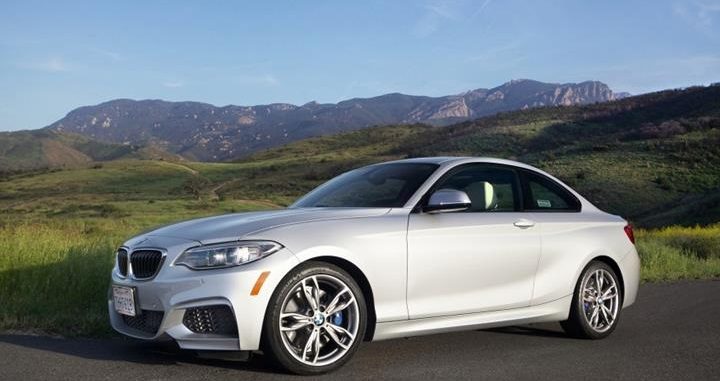 In a clear incidence of having your cake and actually eating it, too, one of the most affordable models by BMW is also one of the best to drive. The 2016 BMW 2-Series even has a cherry on top in the form of highway fuel economy of 36 mpg. This luxury car has a surprisingly small price tag and customers are being rewarded with even more standard features in the 2016 model.

Available in an incredible array of colors the 2016 2 Series has not lost its style or its nimble abilities. The design is as sleek as ever and the wide stance is both aggressive and agile. The 228i Coupe is the most basic of the 2 series lineup but don’t let that fool you. It comes as standard with 17″ y-spoke alloy wheels and a sport kidney grille. BMW don’t ever compromise style and design even on their lower priced luxury cars. The 2016 BMW 2-Series is just as luxurious inside as it is outside; the front sport seats are 8-way adjustable and cloth covered. There are so many options for interior color you won’t know which to pick! The rear seats split 60/40 and fold down to increase cargo space if it’s needed. The leather-wrapped steering wheel is multi-functional with controls for pretty much all the technology right there at your fingertips.

The 2016 BMW 2-Series comes fitted with a USB port, and the iDrive infotainment system of BMW is connected to a 6.5-inch display. Bluetooth, a key fob with memory settings for seat adjustment, and climate control are also standard features.

Optional equipment includes automatic parallel parking assist, a rearview camera, front and rear parking sensors, satellite radio, a moonroof, lane departure warning, and also a navigation system. An upgraded iDrive system with an 8.8-inch touchscreen and a 12-speaker Harman Kardon surround-sound stereo, and a touchpad controller can optionally be attached to the center console too.

The 2016 BMW 2 Series boasts a turbocharged 2.0-liter 4-cylinder engine which generates 240 horsepower, and that’s just the base model. The M235i comes with a 320 horsepower, turbocharged 3.0-liter 6-cylinder engine. Both engines are available with either an 8-speed automatic or a 6-speed manual transmission. In addition to this, the EPA estimates that this model with the automatic transmission gets 23/35 MPG city/highway which is incredible. Safety features include stability/traction control anti-lock brakes, and many airbags. The BMW 2-Series comes standard with the emergency request system which will activate in case of an accident. The system comes with a ten-year subscription.

How You Can Improve Your Credit Score