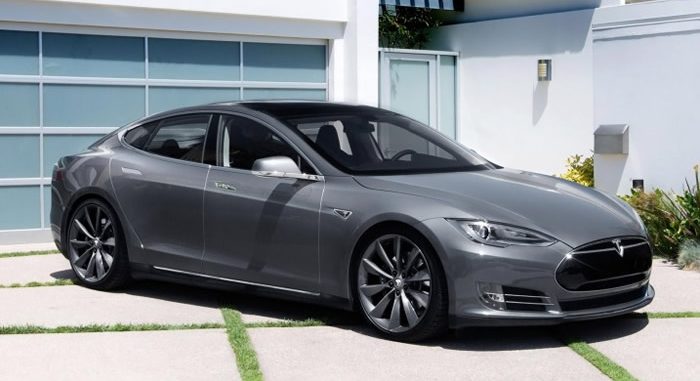 The 2014 Model S is a combination between a sedan and hybrid, with a spacious rear hatch and ample cargo area. The car is extremely aerodynamic and comes with retractable door handles that emerge when the key is in range. Ride comfort and quality is really solid, especially with the standard 19-inch wheels instead of option 21-inch rims. 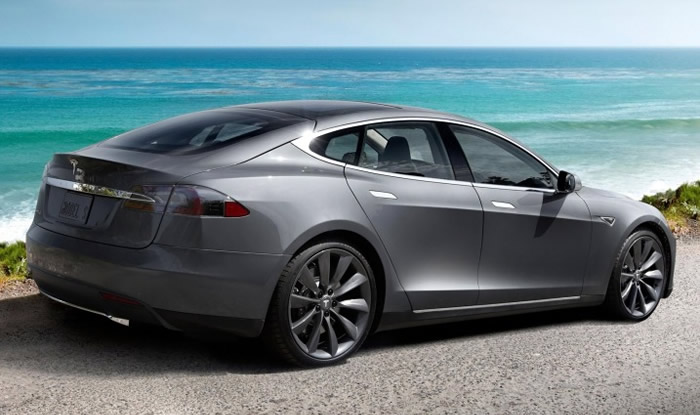 Since this car doesn’t require a gasoline tank, it has a large amount of passenger/cargo space. The Model S’s hood hides an additional front trunk — “frunk” as Tesla refers to it. Passenger accommodations are top notch in the front seat, becoming significantly tighter as you move back. Headroom in the second row can be scarce for very tall passengers, and optional rear-facing seats are for children only. Material quality is generally solid throughout, and the cabin has a sophisticated, feel.

Some of the technology features that come with this Tesla model are a 7-speaker 200-watt audio system (with no CF player), two USB inputs, a 17-inch screen that deals with entertainment, cabin climate and other vehicle controls. Also, there is no button or key ignition that gets the Model S going… Just put your seatbelt on with the key on your person, press the brake, gear into drive, and you’ll be in your way!

The three different engine models (60-kWh, 85-kWh and 85-kWh Performance) all come with increased levels of driving range, power, and performance. All versions feature RWD plus an 8-year battery warranty. Tesla is currently working towards building a set of “Superchargers” placed in high traffic driving areas, allowing drivers of either the 85-kWh or properly equipped 60-kWh Model S a place to recharge their batteries to nearly half in just half an hour. Tesla’s ultimate goal is to normalize fully-electric long-distance driving. 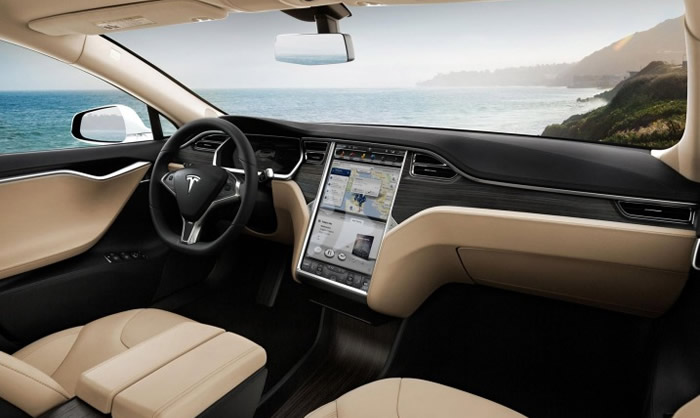 Aside from the standard airbags and brakes that are native to luxury vehicles, NHSTA gave the Tesla Model S a 5-star rating; not only overall, but in each subcategory. Around just 1% of cars tested receive this honor. It is the most well-rounded car on the list, in addition to being the most fuel efficient and one of the most expensive.