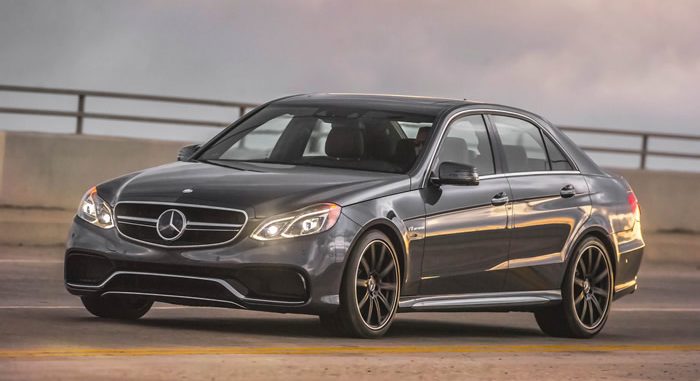 The 2014 E-Class sedan lost the sharp-edged creases. New 4-lamp LED headlights highlight the front end, which takes on a somewhat flashy form in the Sports version with a big Mercedes-Benz emblem planted on the grille. Two-door coupe/convertible models are around seven” shorter than E-Class sedans, and feature an aerodynamic design. 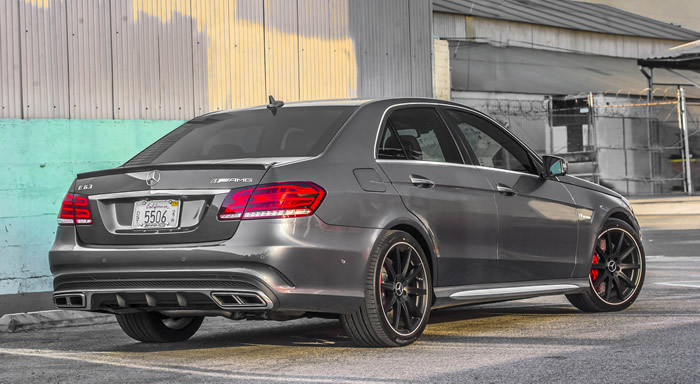 The E-Class’ come with comfortable seats and a spacious cabin. While wood trim is standard on most models, real leather is considered a premium feature. Improved dash materials and somewhat redesigned interior curves make this car feel nicer than previous models, although it is less sporty than some of the other cars here. Two small seats in the coupe and convertible models limit seating to four, while there is room for five in sedan models and seven in wagons if the rear-facing third-row seat is used.

All E-Class models come equipped with Mercedes-Benz’s COMAND multimedia system including Bluetooth, but a navigation system will cost you extra. Other standard items include power-adjustable seats and dual-zone climate control. The AMG models come with more high-end features such as an active multi-contour driver’s seat and a velvety-soft Alcantara headliner.

Mercedes offers a wide range of engines in its E-Class vehicles:

All 2014 E-Class models come with a 7-speed automatic gearbox, while the AMG models gain a multi-clutch unit that’s better for quick shifts.

The Mercedes E-Class sedan comes with a variety of safety features that are common to luxury vehicles, like an anti-lock braking system, and earned both driver and passenger protection ratings from NHTSA of four stars. It also comes with an anti-whiplash function, which reacts to rear collision forces.