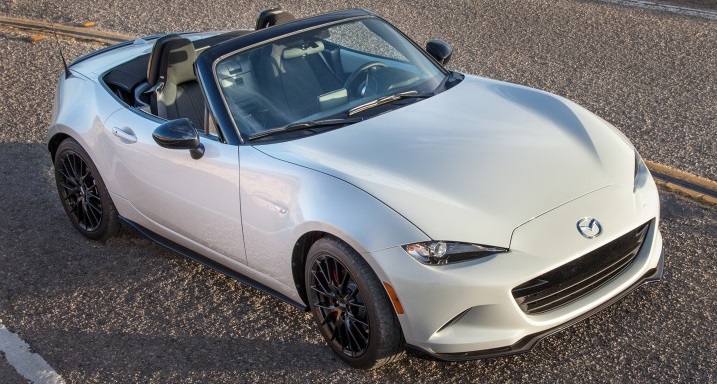 This convertible is currently a very hot topic of discussion among Mazda fans because of its innovative new engine, the SkyActiv-R. The 2016 Mazda MX-5 Maita returns with less weight, less complexity and more emphasis on greater involvement of its drivers and passengers. It was named the 2016 World Car and World Car Design of the Year at the 2016 New York Auto Show!

Available in red, black, blue, white, dark grey, and a ceramic metallic color, the MX-5 Miata looks every bit the sports car. The exterior is taut, muscular, and dramatic. By removing anything unnecessary, the car now only weighs 2,300 lb – 150lbs lighter than its predecessor. The standard wheels are 16″ alloys. The soft-folding top is manual 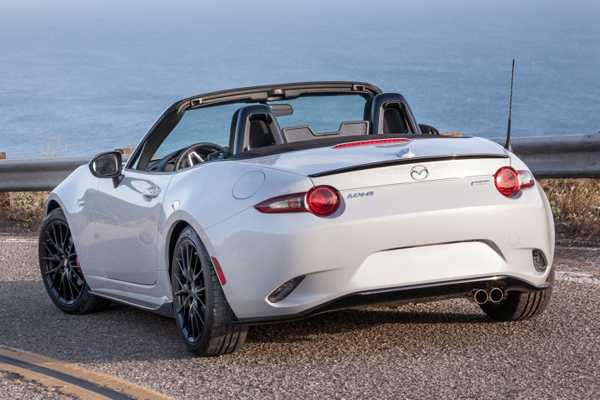 The seats come covered in your choice of sporty material but in the Club model, leather seats come as standard. The interior too comes with a leather steering wheel, air conditioning, steering wheel mounted controls, and delayed courtesy lights. The car seats 2 and has 2 doors which may be an of-putting feature for some, but this car never aimed to be a family car – this is a car made for fun and the enjoyment of driving with the top down!

As standard the 2016 MX-5 Miata comes with cruise control, air conditioning, a 6-speaker stereo, Bluetooth connectivity, and USB inputs. There is optional navigational and telematic systems.

The 2016 model is highly efficient with a 6-speed manual transmission, and less friction with both the oil and the water pumps. There is one engine available on the MX-5 Miata, a 2.0L 4-cylinder that makes 155 hp. Power is sent to the rear wheels via a 6-speed manual transmission, though a 6-speed automatic is an available option. The automatic transmission does add about $1,000 to the price of the car though. Due to the car’s lightness, 155 hp should still be enough to get the Miata to accelerate from 0-60 mph in under 7 seconds. The greatest effect the car’s light curb weight might be the fuel economy though. The MX-5 Miata has an EPA fuel efficiency rating of 27 mpg in the city! 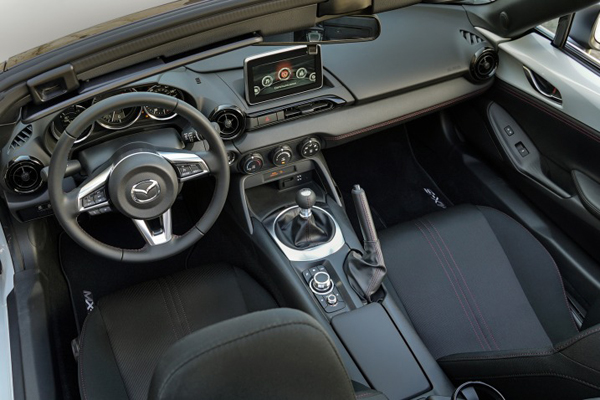 All of the safety features come as standard with the 2016 model and include; driver, and passenger airbags, tire-pressure monitor, seat belt pretensioner, automatic locking retractor, and side guard door beams.  It also includes a panic or emergency button in case of an accident or loss of signal.