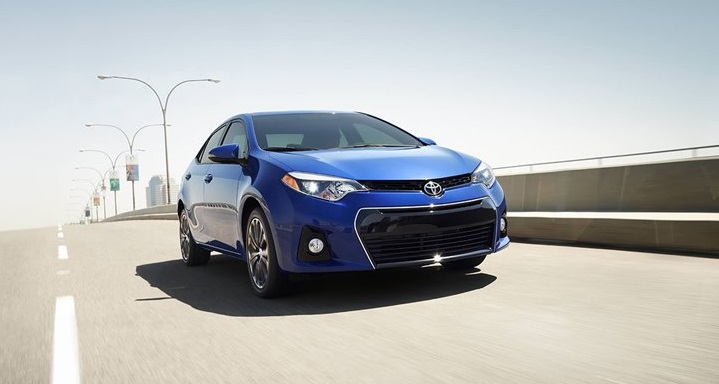 The only real update of Corolla for 2016 is a latest Special Edition model which provides some unique exterior revisions, larger alloy wheels, and bold colors. Otherwise, this model remains unchanged for the current model year. It might not turn heads or even have your teenage friends green with envy, but regardless of what Corolla lacks in terms of excitement, it is one of the ideal cars for teenagers. It is safer, relatively inexpensive and it should get teenagers through college and also into their first job.

The vehicle’s exterior begins with some attractive colors.

New car owners will have a choice of selecting from a line of elegant and fun colors like Blue Crush Metallic, Absolutely Red, Brown Sugar Metallic, 4evergreen Mica, Barcelona Red Metallic and Super White.  Also, the exterior has some other outstanding features like a prominent and bold black grille and the precise cut. The grille is unique because its accent is designed toward the bottom of the car instead of the top. The whole car is incredibly attractive making it hard to believe that it’s really a Corolla. The Corolla provides Bluetooth connectivity as standard equipment for all models. To avail of the Entune App Suite infotainment system, you must upgrade to the Corolla LE with the Plus Package. If Corolla drivers want to use this technology, they need to download apps to their smartphone, pair the smartphone with the system, and access features such as the Pandora and iHeart radio, and Bing search engine, Facebook, on top of any other services and information. The modern Corolla comes with stability control, anti-lock brakes, and 8 airbags (front, passenger seat-cushion, front-side, driver-knee and full-length side-curtain too).  The Corolla is fitted with rear drum brakes and front discs. Discs are more modern and usually a more efficient design employed by several of Corolla’s rivals.  However, you can avail of rear discs only if you choose the pricey, sporty S model with the Premium or Plus package.