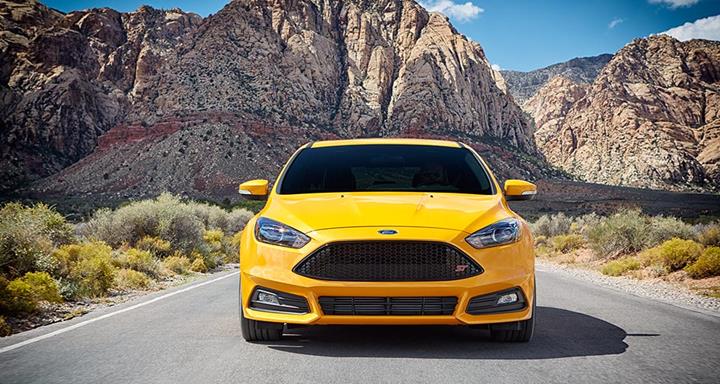 It might may not be a Mustang but the Ford Focus SE is certainly a great car. Redesigned last year, the car’s styling has been updated. Earning it bonus points on the market is the amount of technology and its comfortable cabin. The new Focus comes with fresh technology, and a 6-speed automatic transmission for the available 1.0-liter EcoBoost engine. An overhead console (optional on sedan and standard on hatchback models), and rear-seat heat ducts come with the Focus. Sun visors with illuminated mirrors, floor console armrest, and optional power moonroof are there too. 4-way adjustable first row head restraints, power rear and front windows with driver one-touch down are standard. There are rear 12V PowerPoint, map pockets behind the driver and front-passenger seats, and illuminated entry also included.

The Focus additionally features a sharp-looking interior which can be loaded up with the newest technology. For 2016 Ford has equipped the all-new Sync 3 touch-screen interface that promises faster responses and simpler operation than the obsolete MyFord Touch system. A lot of features also come packed into this car such as the keyless entry, automatic headlamps, and Bluetooth connectivity. Voice-activated cellphone, and the 6-speaker audio system with satellite radio and iPod interface are also standard.

The front-wheel-drive 2016 Ford Focus comes with a 2.0-liter 4-cylinder base engine which produces 160 horsepower and 146 pound-feet of torque. This powertrain returns decent EPA fuel-economy estimates of 31 MPG combined (27/40 city/highway) with an automatic transmission. This number reduces to 30 MPG combined (26/36) with the manual transmission. The 2016 Ford Focus currently comes standard with the antilock brakes (rear-drum brakes are standard on the SE and S; 4-wheel discs are elective for the SE and standard for Electric and Titanium), a driver knee airbag, front-side airbags, traction and stability control, and side-curtain airbags too. The Ford Sync system consist of an emergency crash notification feature which automatically dials 911 when paired with any compatible smartphone. Ford’s MyKey system (that can be used to set electronic parameters for new drivers) and the rear view camera are also standard. The Titanium model can be fitted with a Technology package which includes a blind-spot warning system with a lane-departure warning system and the rear cross-traffic alert.