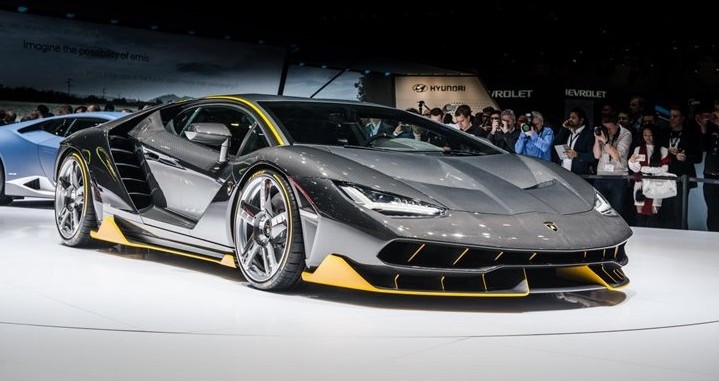 Are you looking for basic transportation? If you are the Geneva Motor Show is definitely not your cup of tea! This great hub of personal banking on European turf delivers the some of the greatest introductions in the auto show spectrum: exclusive flagship sedans, sports cars and the newest in luxury crossover SUVs can always be expected and the 2016 show definitely did leave us short on any of these.

The annual International Geneva Motor Show is held in March in the picturesque Swiss city of Geneva. The show is usually hosted at the Geneva Palexpo, a convention center situated next to the Geneva Cointrin International Airport. The Salon is organized by the International Organization of Motor Vehicle Manufacturers and is regarded an essential major international auto show. While its basis is generally luxury vehicles that are out of most people’s league, there are more attainable cars on show that help to bring the general US market to the show as well as elite car collectors.

The 2016 Geneva Motor Show (86th show) was held in the Geneva Palexpo, Geneva from 3-13 March 2016. Possibly more than any other annual show, the Geneva show offers the most entertaining, jam-packed convention wrapped up into ten remarkably busy days. Significant mainstream vehicles mix it up with the stupid-fast super cars, strange one-off tuner designs, and Euro-spec forbidden fruit you will never get to see on the American soil.

Exotic super cars usually steal the public attention during their presentations at the show. Prototypes, technical breakthroughs, latest equipment, international partnerships, as well as social and political debates, have been announced at the exhibition. The show is considered as a level playing field for automakers from all over the world, assisted by the fact that Switzerland does not have an auto industry of its own.

The greatest reveals at this year’s show included the Vauxhall’s GT concept, Skoda VisionS concept, and the remarkable Bugatti Chiron hypercar. Then there was the Audi’s Q2, Aston Martin DB11, Honda’s Civic concept, the Maserati Levante, the new Renault Scenic and the Volvo’a V90 estate. But that is just a portion of the new vehicles which got their first airing at this year’s Geneva Motor Show. Take a look at some of these models and their specs:

1. Maserati Levante – Maserati eventually unrelieved its first SUV in the Geneva – with a top speed of 155 mph, a 3.0L V6 engine with up to 424 horsepower and a capability to hit 0-60 in just 6 seconds, the $73,000 SUV is impressive, forceful and one to watch next year. 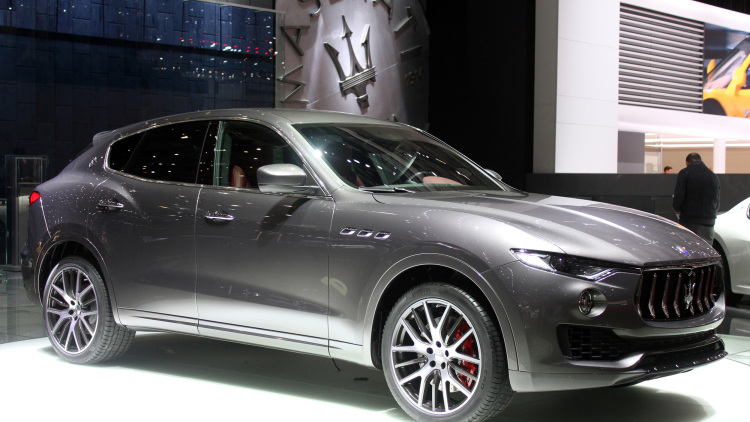 2. Audi Q2 – Audi’s SUV range is increasing again with the Q2 model joining the fray. And this is the SUV to end all SUVs! For the US models, we can expect a top-spec version of 190 horsepower with a 2.0L turbo four engine. It is yet to be revealed whether there will be a diesel engine here but the top execs in Audi do believe that diesel has a future here so it is definitely a possibility! 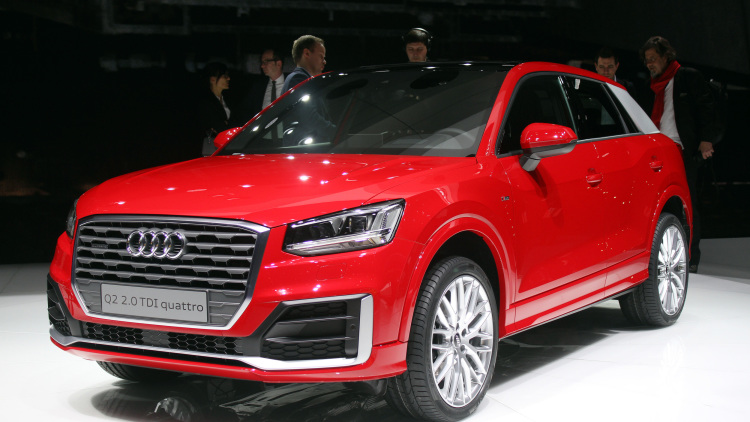 3. Bugatti Chiron – Bugatti has replaced the Veyron with something (surprisingly) even more appealing. It boasts a 16-cylinder, 4 turbocharging, 8.0L, 1,500 horsepower engine. And it has the looks to match. This is the car that dreams are made of but you’re gonna need to dream of some cash too. The car is set to sell for around $2.5 mill. 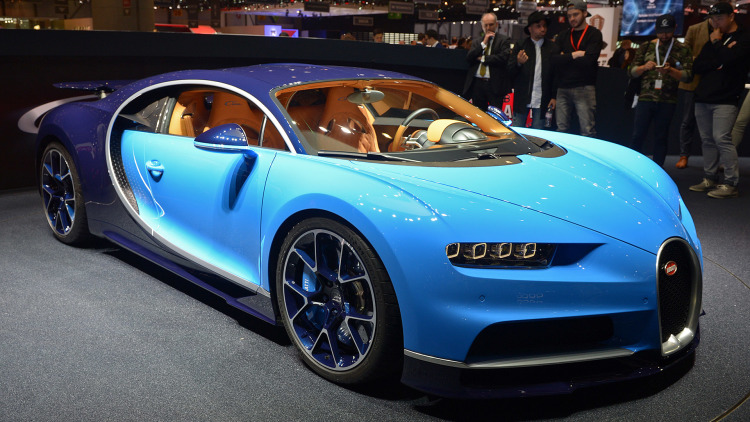 4. Volvo V90 – The Volvo estate unveiled an all-new model for 2016 – this one is a bit more attainable for us regular folk and being honest, is pretty elegant and stylish when you consider that it’s a wagon. While the US specs were not officially released at the Geneva show, they are expected to be similar to the S90 – 2.0L 4-cylinder with 240 horsepower. It won’t be on the market until some point in 2017 but we can expect to be paying in and around $50,000. 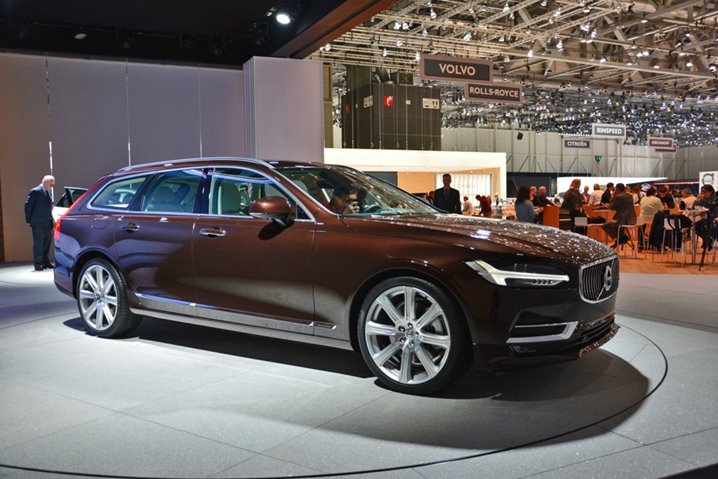 Other cars that made an appearance included these:

8. Renault Scenic – Renault’s popular MPV line will get refurbished with an all new version

4. Aston Martin DB11 – latest DB vehicle from Aston Martin left the audience shaken and stirred – this is one you need to take a look at.

5. Skoda Vision S – This fresh concept points to a seven-seater SUV from Skoda, the Kodiak is their newest reveal.

6. Honda Civic concept – It is a concept, but the striking style is so close to the new MK10 Honda Civic.

Best of the Best

Lamborghini marked the 100th birthday of its late founder Ferruccio Lamborghini with an exclusive Centenaro, a 2 million dollar plus super car of which just about 40 will be built. 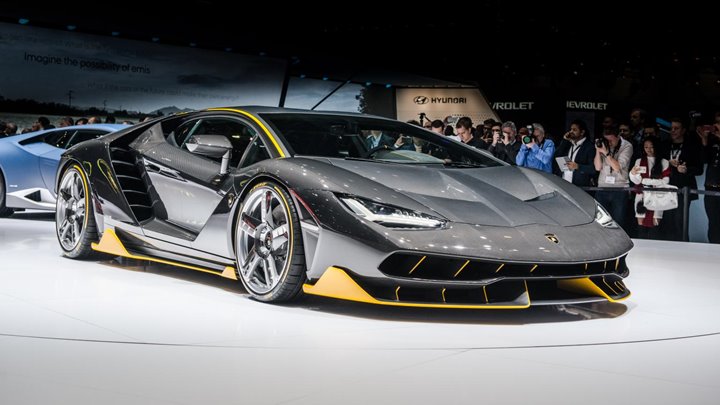 Somewhat more down to earth is an Aston Martin DB11 that succeeds the DB9, while Ferrari introduced a face lift and fresh name for the FF, calling this new seven-place shooting brake the 2016 GTC4Lusso.

Sports vehicle aficionados had much to pick over in 2016 Geneva crop, beginning with the new Jaguar F-Type SVR, the greatest performing version of that Cabrio and Coupe to date, the Porsche 718 Boxster unleashes flat-4 power to its entry level sports vehicle line, while the 911R gave serious gearhead something fresh to lust after.

In looking for clients who want a more relaxed sports vehicle experience, the 2017 McLaren 575GT promises a more luxurious and a softer ride appointed cabin, while the BMW covering a massive sports sedan front with its an all-new M760i xDrive and seven Series-based Alpina B7 models.