About the Dodge Challenger

The Dodge Challenger has been around since the 1st generation was in production from 1969-1974, and the 2nd from 1978-1983. The current generation was revealed at the 2006 Detroit Motor Show and began production in 2007. It’s been steadily increasing in sales ever since. The car was reintroduced to the Dodge lineup as a response to the 5th generation Ford Mustang and Chevrolet Camaro. The SRT Hellcat is the most powerful Challenger yet; the engine generates 707 horsepower and a top speed of 202 mph. 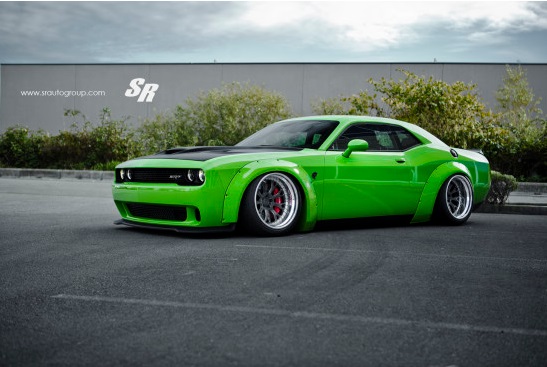 This Challenger was customized with a Liberty Walk body kit which widened the body for an even more powerful stance. The srtautogroup, therefore, could install the 3-piece PUR LG05’s with a matte black diamond face and polished step lip. The car was also lowered to the ground with an Airrex lowering system and the car was painted in the most eye-catching psychedelic green we’ve ever seen! The Dodge muscle car is a sight to behold and with that supercharged engine under the hood, driving it will also be an experience! 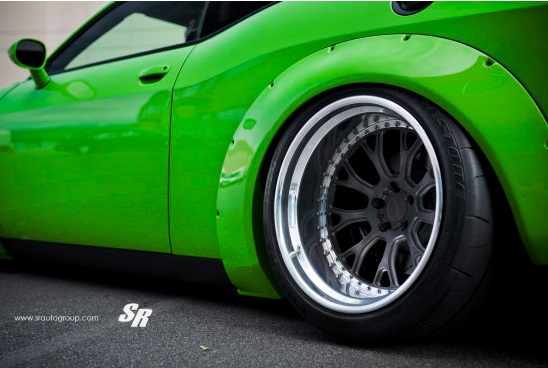